"With a population of nearly 10 million, Jordan's 2.1 billion cubic meter water resources only cover 12.7 per cent of each individual's needs –

There is no denial that Jordan is dealing with tough times providing water for a fast-growing population of nearly 10 million inhabitants, however, phrases like “Jordan is one of the most water scarce countries in the world” & “Jordan is ranked second in the list of water poorest countries” are becoming overused clichés that lead the introductions of every article, study or research on the chronic water challenges faced by the country.

The water situation in Jordan has been widely researched, yet there is limited exploration of the political and institutional aspects of the water scarcity narrative in Jordan.

In Jordan, the water governance scene comprises several national actors, who construct water scarcity narratives based on their perceptions, agendas and interests.

Diminishing water resources, population growth, refugee influx, regional instability, climate change and drought are some of the main arguments for the water-less situation in the country, usually promoted by national and local actors, advocating for the increase in water supply.

Despite the validity of the above-mentioned claims, those narratives tend to externalise the causes and ignore the “root cause” which maintains the status quo of the current water situation i.e. the exploitation and overuse of water resources at low prices and high subsidies, and the inefficient national capacities and poor management of local waters.

When it comes to the 12 subterranean basins scattered throughout the country, some have been exploited to the maximum capacity, and others have been exploited excessively, threatening the ability to use them in the future; underground waters are being exploited by over pumping and/or contaminated by untreated wastewater; extracted waters are transferred through aging networks that suffer from leakages and huge losses that reach up to 60 per cent in some areas as well as inefficient operation modalities. Although 98 per cent of households in Jordan are connected to the water network, several neighbourhoods and communities suffer from lack of actual water delivery, especially in the less privileged neighbourhoods, villages and governorates.

Correspondingly, shared water resources with neighbouring countries and their relationship to the scarcity of water in Jordan through unjustified exploitation and diversion of waters, is a rarely mentioned narrative which has a political and social dimension; i.e. The Disi basin shared with Saudi Arabia, the Yarmouk River shared historically with Syria, the Jordan River and the basin of Wadi Araba shared with Israel, where dams and diversions built upstream have left the river as little more than a trickle.

The huge influx of refugees, the last of the factors, further intensifies the situation and puts a lot of strain and pressure on the socio-economic fabric and further exhausts the country’s limited water resources and weak infrastructures.

The issue of water scarcity in Jordan is not to be looked at in silos, rather it needs to be looked at from a wider lens, one which considers all the other sectors and actors that directly or indirectly impact it. Water policy recommendations need to respond to implementation realities, and unless we consider the water interplay with other sectors and situate it within the broader country context, any intervention to change the current circumstance will be futile.

"Jordan suffers from water scarcity, which poses a threat that would affect all sectors that depend on the availability of water for the sustainability of activities for their development and prosperity –

One of the biggest stakeholders in the water sector, who directly affects the situation, is the agricultural player. According to USAID, agriculture uses over 60% of the country’s water resources but accounts for only 3% of the national GDP; And with more than 90% of Jordan’s consumable items being imported, a lot of water is being used to produce food that is not consumed in the country, making Jordan an exporter of virtual water. Moreover, water resources in the Jordan valley suffer from fluctuations in quantities and qualities due to exploitation activities by Israeli farmers.

The national claimed solution to address and improve the current water situation is to increase the water supply to the country through country-wide mega water conveyance projects like the Red sea-Dead sea pipeline.

Putting aside the environmental impacts of such projects, what is the point of increasing the water supply and creating new waters if 50-60% of it is lost as Non-Revenue Waters due to unmaintained water networks, leakages and illegal practices? And what is the sustainability in receiving more waters if most of it will be exploited and lost due to poor management of the resource?  The reality is that:

The mismanagement of water resources and the institutional disfunction of authorities are the main arguments behind the current water situation in the country, and solutions must focus on improving the management and conservation of existing water resources, rather than only increasing the supply.

The water management deficiency in Jordan needs to be reformed and increasing the water supply alone will not solve the water crisis the country is facing.

This mismanagement of water resources is recognized by donors and the international community, however the focus is not to capacitate and reform the sector, instead they advocate for private sector involvement to fill the deficiency of the public institutions and water utilities.

As a key element of comprehensive development, rather than often resorting to the private sector, state entities must be capacitated to carry out sustainable water management and conservation projects.

Exploring Public-Public Partnerships (PuPs) as an alternative to Public-Private Partnerships (PPPs) can be one way to provide solid grounds to work with partners to reform the water management sector and improve its services.

A (PUP) entails the collaboration between two or more public entities, based on solidarity, to join forces and leverage the capacity and effectiveness of one partner in the public water service provision to the other. This kind of partnerships (national or international) avoids the risks typically associated with (PPPs) and provides the collaborative advantages of private partnerships, excluding profit-seeking, to promote the public interest mission of equitably delivering water services.

PUP is not merely a theoretical concept, it has been in practice in over 70 countries compared to only 44 countries where a PPP has been introduced (David Hall, 2011). Globally, several public sector water operators exhibit a vast pool of experience, good practice and efficient institutions, however, the expertise of the public sector have been mostly overlooked.

Development entities and stakeholders should advocate for an international partnering mechanism between public entities and a robust funding scheme where public development funding is used to build-up local capacities, rather than be diverted to promote the private firms from the donor countries or elsewhere.

The country of Jordan is having difficulty in effectively advancing the goals of sustainable water resource management for the public good due to a lack of political will, but also due to inefficient capacities and poor management. Recognizing the potential of PuPs and partnering with international public operators provides the means to share knowledge that builds technical expertise and in turn improves the overall management, quality and efficiency of the service.

The Jordanian government’s commitment and emphasis on the value of water and its contribution to socio-economic development and sustainability is crucial; it must adopt a holistic and comprehensive development approach to water management by developing a long-term strategy to balance sustainability and affordability of the service. The goal is to provide water for all, and we must find a way to provide water equitably and sustainably.

The water scarcity threat in Jordan is real. Water deserves a whole new approach and paradigm and managing it cannot continue as we do.

Our waters are exploited, and they will run out. 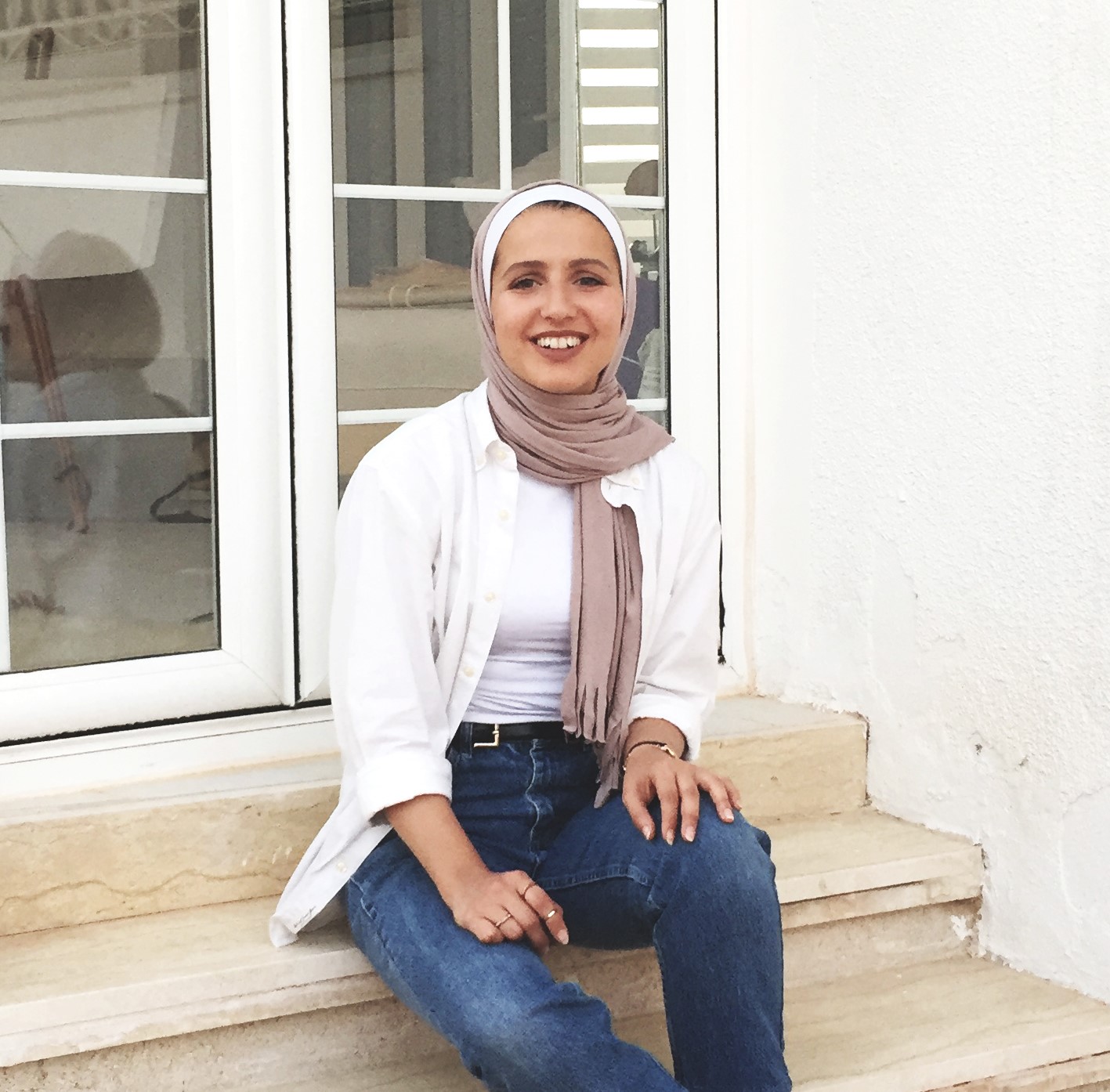 Dana Barqawi is an interdisciplinary with a BSc in Architecture, and a double MSc in International Cooperation & Urban Development and Emergency Architecture.

She is currently working with BORDA (Bremen Overseas Research & Development Association) as a Project Coordinator.

Link to the Discussion Forum