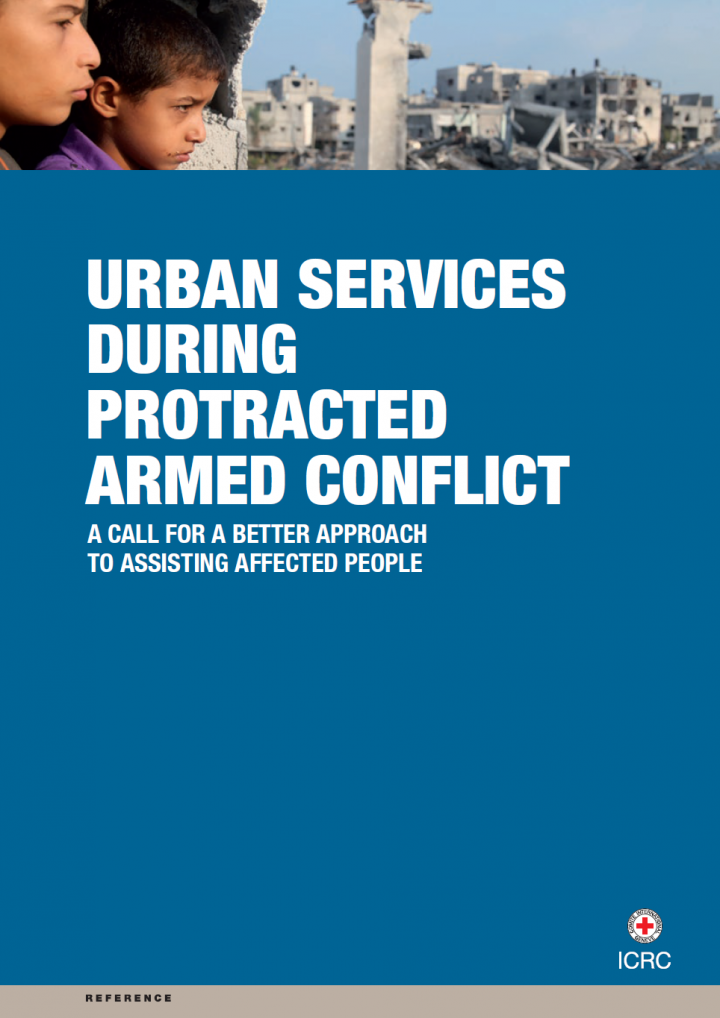 This report seeks to stimulate the much-needed discussion on developing a better approach to assisting people in urban areas that have been affected by protracted armed conflict. It combines current research with over three decades of ICRC experience in urban areas, deriving information through focus groups and individual interviews as well as from in-depth studies on Iraq and Gaza. The undertaking is driven not merely by the greater frequency of protracted armed conflicts that are increasingly playing out in urban areas. Currently, some 50 million people worldwide are affected by armed conflict in urban areas, with knock-on effects that go far beyond the visible signs of destruction. Experience suggests that most of these people are more dependent on essential services than their rural compatriots, making them more vulnerable to service disruptions. On account of their size, their complexity and the intricate networks of interpersonal relationships, urban contexts also present challenges in the spheres of logistics and politics. Developing adequate responses is all the more difficult when the inherent complexity of an urban context is compounded by repeated cycles of armed conflict and/or the effect of international sanctions, embargoes and/or other restrictions on trade, importation and delivery of goods. At the same time, however, urban spaces offer opportunities for interventions which are not available in the rural contexts that historically have been the setting for most humanitarian assistance responses. At its most general level, this report seeks to increase awareness of the extent and nature of the impact of the deprivation of urban services during times of armed conflict, sometimes for decades in succession. More specifically, it calls for a move from traditional assistance paradigms to one that takes account of the longer-term realities and needs in urban areas affected by ongoing armed conflict. It also gives the reasoning behind this call by explaining how the quality of essential urban services can deteriorate to a point of no return through a “vicious cycle” of accumulated direct and indirect impacts which pose a serious risk to people’s health and well-being and or lead to undue displacement. In suggesting a way forward, the report identifies what is required to best meet the challenge and to ensure the right response in the right place at the right time.