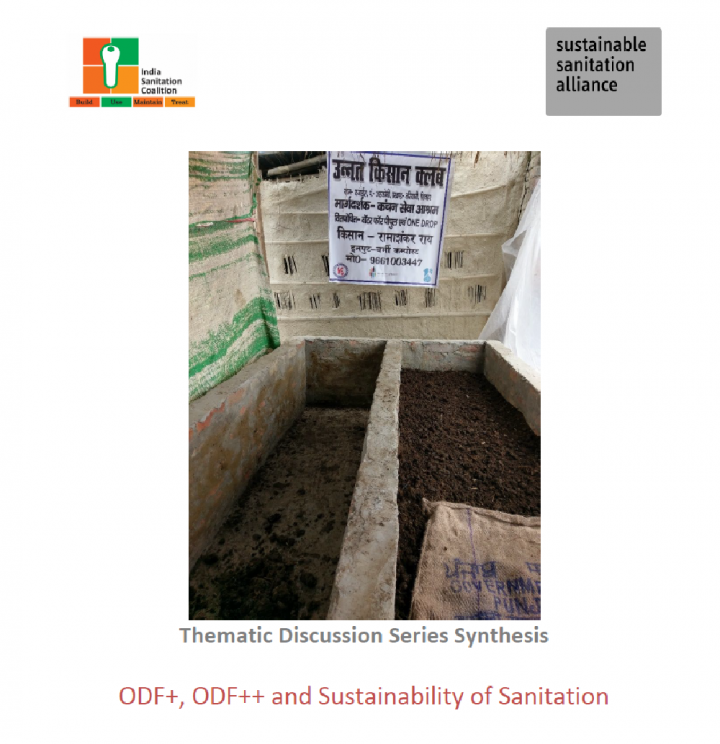 The responses provided a canvas of problems with sustaining ODF that covers technical, behavioural and physical issues. These issues, persistent since before SBM, must be overcome before India could move onto ODF+, ODF++ and ODF-S. All the issues were related to the ODF-centric approach of SBM that focussed only on toilet coverage.

The technical problems concerned the quality of construction and types of toilets. Twin leach pit latrines were useful in most parts of India except in waterlogged areas. Here, members said, beneficiaries must be provided with different types of toilets so the pits did not fill with water or contaminate groundwater. The ‘acceptable’ superstructure was suffocating; people would be willing to use toilets if they were combined with bathrooms.

Behavioural issues, members enumerated, concerned the social norms around open defecation. While triggering through community-led approaches prompted a flurry of construction activity, there was need to keep the spotlight on sanitation and hygiene after all househods built toilets. This could be achieved by appointing a swacchagrahi in each village who was paid an incentive for specific outcomes. In the post-construction phase, aspirations messages should emphasise the benefits of using toilets rather than berating people for defecating in the open. Some suggested separate toilets for men and women.

Physical issues concerned the lack of water and poor placement of toilets. The government should ensure ODF villages had a reliable water supply, said members.

The health sector, notably those working on HIV-AIDS, had run a long and successful campaign to change behaviour and spread awareness about unsafe sex. Members said this should be beacon for sanitation that a long, sustained and cross-media campaign would be needed along with construction to ensure the sustainability of ODF. ODF+ and later stages could be folded into this media campaign.

They brought up the issue handling faecal sludge. Single-pit toilets would fill up in a few years after which the family could resort to open defecation until they could make another pit or find a way of emptying their pit. Mechanical desludgers were an option, but the sludge needed to be transported and recycled safely. This led to the issue of sanitation workers and manual scavenging. While banned under the 2013 Act, municipalities and panchayats simply denied their existence. This made it impossible to develop any local plans for re-emplying manual scavengers by training them. Members suggested without data on their numbers and type (regular municipal employees, contract workers or ad hoc employees) it was difficult to develop skilling curricula.

A multi-stakeholder approach was needed, suggested members. This would involve NGOs, CSOs, youth groups, the government, private sector, and others working together to sustain ODF, address issues of sanitation workers while progressing towards ODF++ or ODF-S.