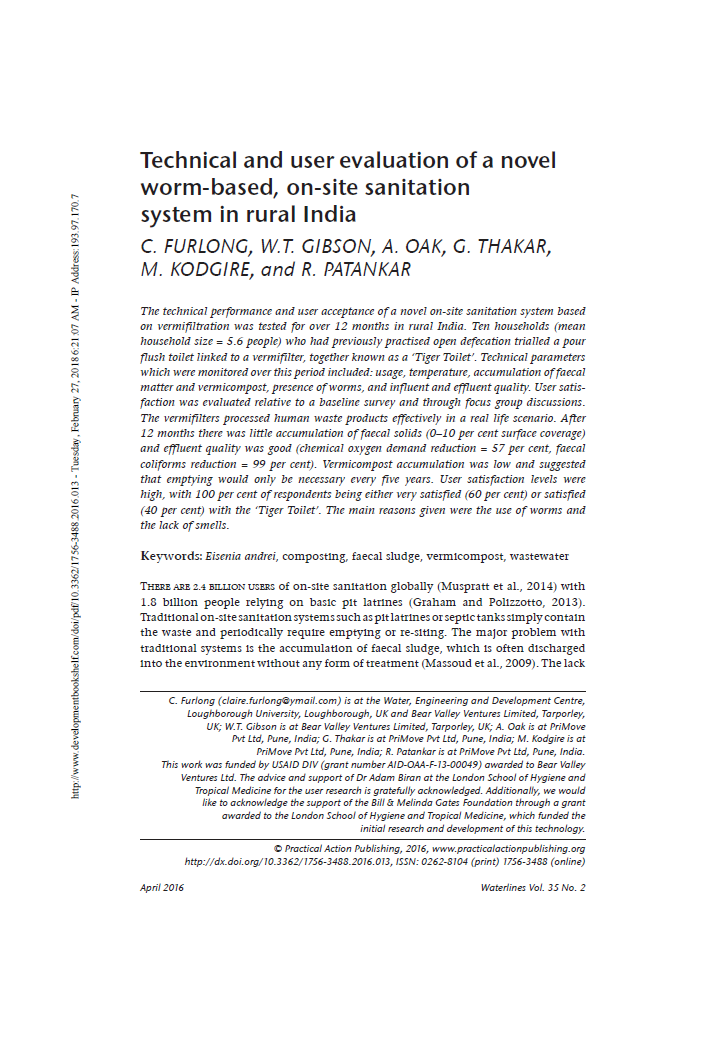 The technical performance and user acceptance of a novel on-site sanitation system based on vermifiltration was tested for over 12 months in rural India. Ten households (mean household size = 5.6 people) who had previously practised open defecation trialled a pour flush toilet linked to a vermifilter, together known as a ‘Tiger Toilet’. Technical parameters which were monitored over this period included: usage, temperature, accumulation of faecal matter and vermicompost, presence of worms, and influent and effluent quality. User satisfaction was evaluated relative to a baseline survey and through focus group discussions. The vermifilters processed human waste products effectively in a real life scenario. After 12 months there was little accumulation of faecal solids (0–10 per cent surface coverage) and effluent quality was good (chemical oxygen demand reduction = 57 per cent, faecal coliforms reduction = 99 per cent). Vermicompost accumulation was low and suggested that emptying would only be necessary every five years. User satisfaction levels were high, with 100 per cent of respondents being either very satisfied (60 per cent) or satisfied (40 per cent) with the ‘Tiger Toilet’. The main reasons given were the use of worms and the lack of smells.