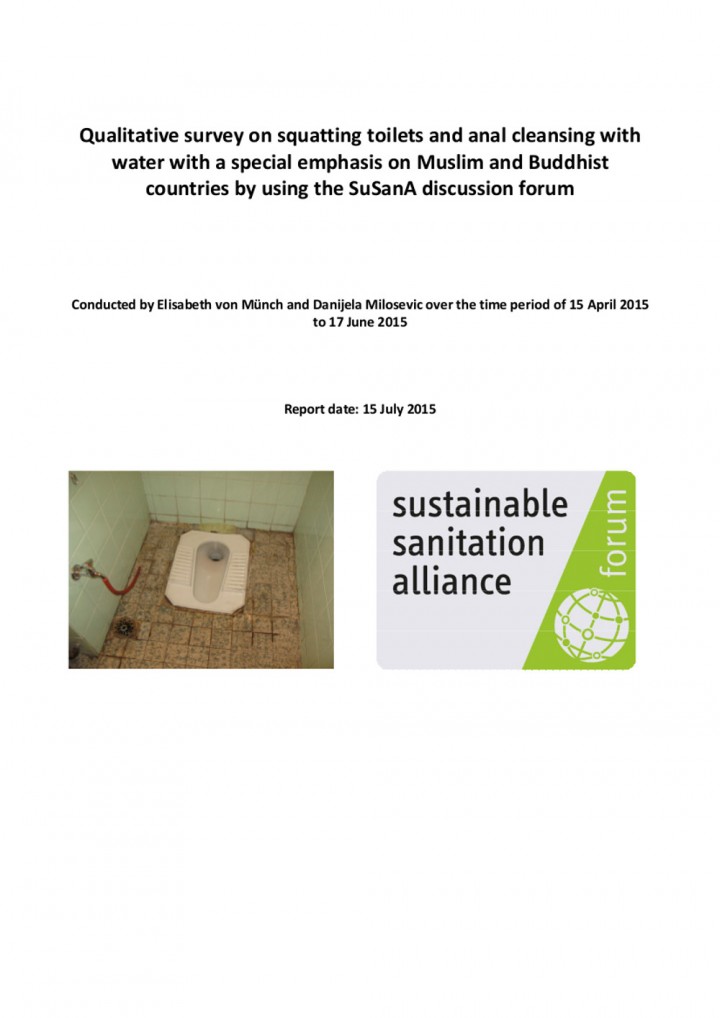 Conclusions:
The following main conclusions can be drawn (keeping in mind that the number of responses is still quite small and further research is needed):

- For Caucasus / Central Asia, answers were obtained only for Ukraine. Sitting toilets there are associated with flush toilets connected to centralised sewage systems.
• In private homes water flush toilets are almost always sitting toilets.
• Prevalence of squatting toilets is generally low but they can be found in some public areas.
• In rural areas “outhouse dry toilets” (pit latrines) can be found that are constructed for squatting.

- For Europe, answers were obtained from Germany and France. While squatting toilets in Germany are basically non-existing, they can be found in France sometimes in public spaces.