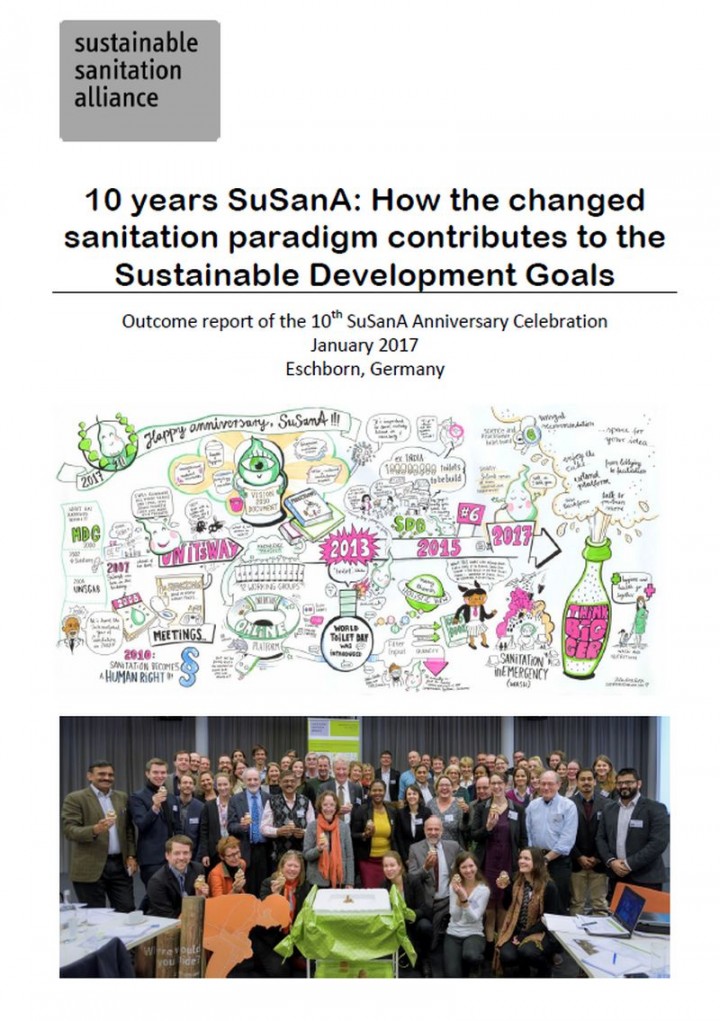 On the 17th of January 2017, the Sustainable Sanitation Alliance (SuSanA) celebrated its 10th anniversary at the GIZ headquarters in Eschborn, Germany. The celebration took place under the theme "10 years SuSanA: How the changed sanitation paradigm contributes to the Sustainable Development Goals".
During the event, SuSanA’s achievements, milestones, and impact in the sanitation sector were reflected upon. Moreover, SuSanA’s future was discussed as well as SuSanA’s contribution to the 2030 Agenda for sustainable development. More than 90 representatives of SuSanA’s partner and donor organisations e.g. BMZ, World Bank, SDC, Oxfam, WaterAid, SEI, BORDA, former UNSGAB, eawag, UN-Habitat, German Toilet Organisation, CSE, Ecosan Services Foundation, cewas, and GIZ were present and participated actively in the numerous discussions at the event. The anniversary was organised by the SuSanA secretariat, held by GIZ, and funded by The Federal Ministry for Economic Cooperation and Development (BMZ).
This report comprises an overview of the main presentations, key observations as well as recommendations provided by the participants of the event with regard to SuSanA’s future in the context of the Agenda 2030.