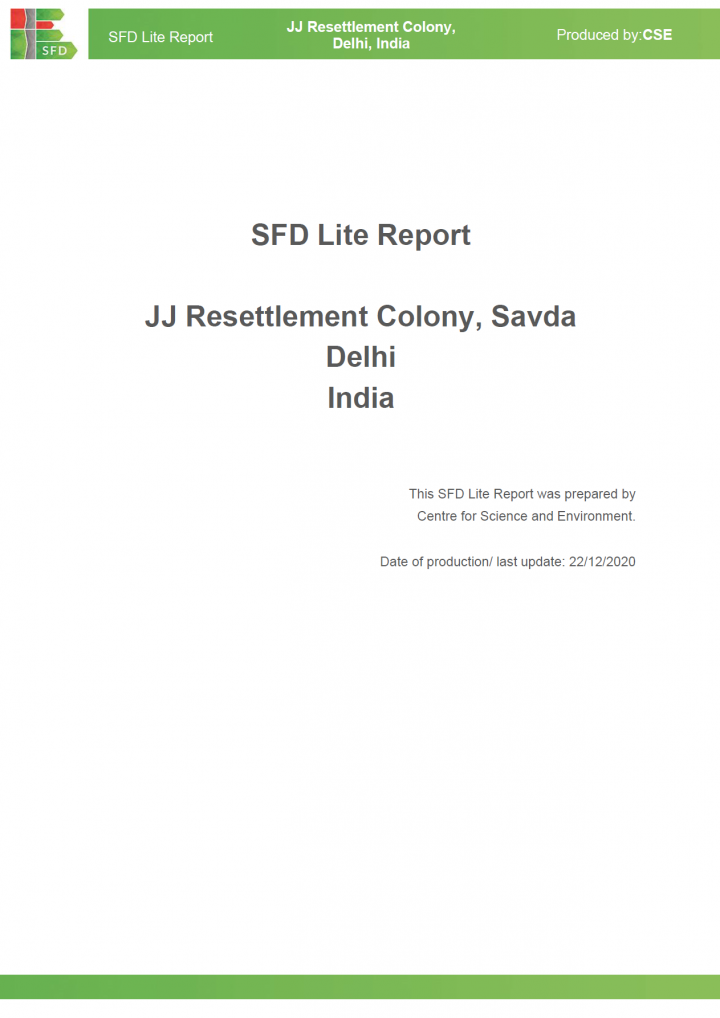 The Savda Ghevra JJ Resettlement Colony was established in 2006. Spread across 250 acres, it was built on agricultural land owned by the neighbouring villages- Savda and Ghevra. It is located 30-40 km away from Delhi’s city centre near the Delhi- Haryana border in Tikri (Figure 2). There are no official estimates of the population but the colony is estimated to have a population over 46,000 (as of 2014). As per the discussions with the local public, NGOs and the MLA office, the current population of the colony is estimated to be around 55,000.

The residents of the colony moved in two phases in 2006-07 and 2009-10 from 17 JJ clusters within Delhi, in the run up to the 2010 Commonwealth Games. The colony is divided into 19 blocks, of which 13 are allotted/occupied. There are 8,686 plots (Sheikh, Banda and Mendelkern 2014) that were allocated on the basis of proof of duration of residence in the JJ resettlement Colony from which the residents were relocated. Those with proof of residency prior to 1990 were allocated 18 square metre plots; those with proof of residency prior to 1998 were allocated 12.5 metre plots to construct houses themselves. Currently, 6,500 HouseHolds (HHs) are estimated to be living in the colony1.Its gridded blocks of mostly pukkah homes, built up to three stories, consist of the original allottees, buyers from the original allottees and the tenants.

The colony was built in two phases including a total of 8,686 plots spreading from block A to K in phase 1 while block L to O in phase 2. In phase 3, 7,620 five storied flats were constructed for Economically Weaker Section (EWS) Housing for Slum Dwellers at Savda Ghevra. Till 2019, the main source of water was tankers supplied by the Delhi Jal Board (DJB) twice a week,groundwater accessed via privately installed motors and Sarvajal Water ATMs which started as a Corporate Social Responsibilty (CSR) activity but in 2020, DJB started its piped water supply which is accessible to all of the households (HHs).

The entire resettlement site of Savda Ghevra has 19 blocks (labelled from A to S). Each block has only one community toilet, irrespective of its size. Residents have to pay two rupee per person for using the toilet.
The sewerage system on the site is not connected to the city’s sewerage network. As a result, sewage disposal is very inadequate in Savda Ghevra. Almost all families have constructed septic tanks under their houses. This has led to structural inefficiencies resulting from a lack of know-how and skill regarding construction techniques and methods. The open drains that have been built are very wide, and people complained of the risk of infants and young children falling into them.