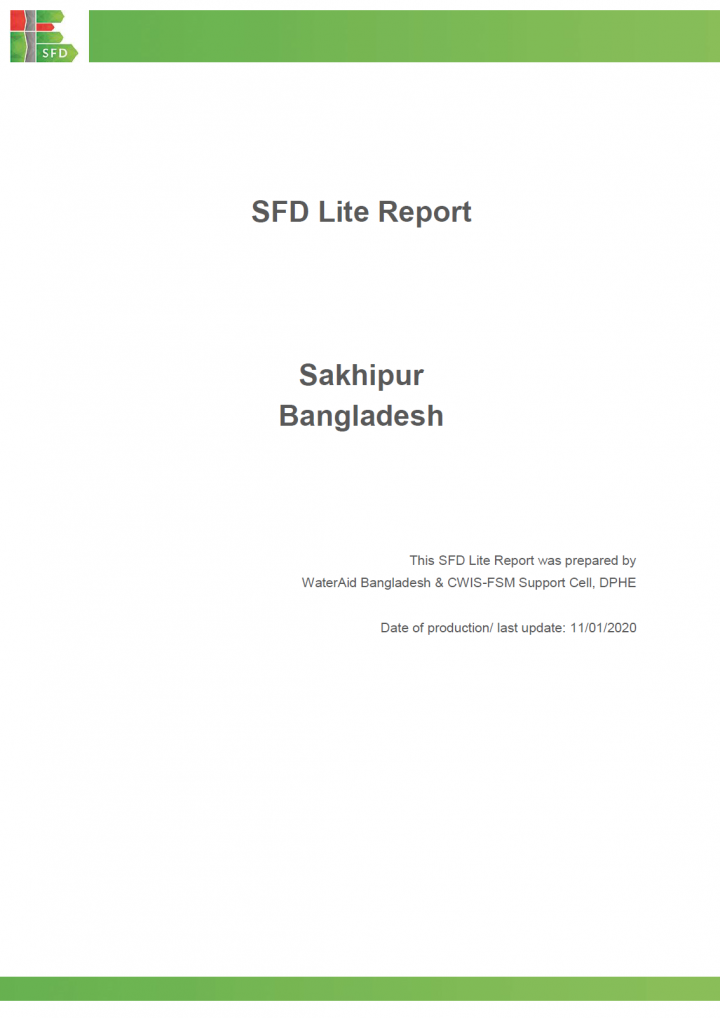 Sakhipur, recognized as municipality, is a town of Sakhipur Upazila which is located about 39 km by road from Tangail and 77 km northwest of Dhaka city, the capital of Bangladesh. Sakhipur became a Pourashava (municipality) in October 2000. It has an annual income of 6 million Bangladeshi Taka (BDT) over the last three years which makes it an ‘A’ category Pourashava. Sakhipur municipality consists of 9 wards and 18 mohallas covering an area of 13.77 square kilometres (BBS, 2011).

Majority of households in Sakhipur municipality are dependent on groundwater sources. The groundwater is typically extracted from a depth of 30-40 feet (9-12 metres). Around 82.09% of the people use tube-well as the source of drinking water while 0.67% use tap, 0.47% rely on pond and 16.83% corresponds to other sources (BBS, 2011). There is no provision of municipal water supply. Risk of groundwater pollution is high throughout the municipality.