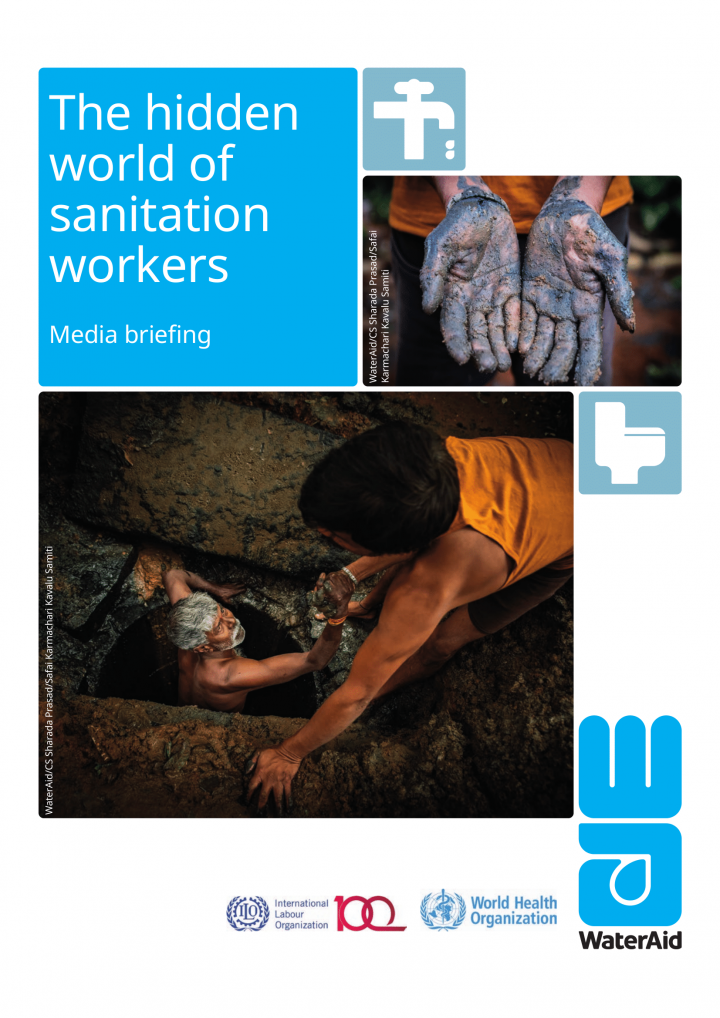 Every year, the human race produces over 350 million tonnes of poo – that’s enough to fill 140,000 Olympic swimming pools! Unless that human waste is properly dealt with, every single gram will pose a significant health risk to us and our planet.

Ensuring that our contact with human waste ends when we leave the toilet is one of the most important jobs in society, and yet around the world sanitation workers remain mostly unseen and unappreciated. To mark World Toilet Day and this year’s theme of ‘Leaving no one behind’, the International Labour Organization (ILO), WaterAid, the World Bank and the World Health Organization (WHO) are highlighting the plight of sanitation workers as one of the most vulnerable groups in society.

These workers range from public or private employees with proper equipment, benefits and legal protection, to some of the most marginalised, poor and discriminated members of society. Despite providing an essential public service, an uncounted number of sanitation workers around the world work in conditions that are hazardous and stigmatising – violating both their dignity and basic human rights. Few countries in the developing world have any guidelines to protect these workers, leaving them exposed to a litany of health and safety issues. There are no global statistics, but in India alone between 2017 and late 2018, there was on average one death of a sanitation worker every five days in the country, according to official data. Other sources estimate three times as many, over three deaths every five days. Countless more suffer repeated infections and injury, and have their lives cut short by the everyday risks of the job.

Find out more about the publication