40 Years of German-Jordanian Technical Cooperation in the Water Sector 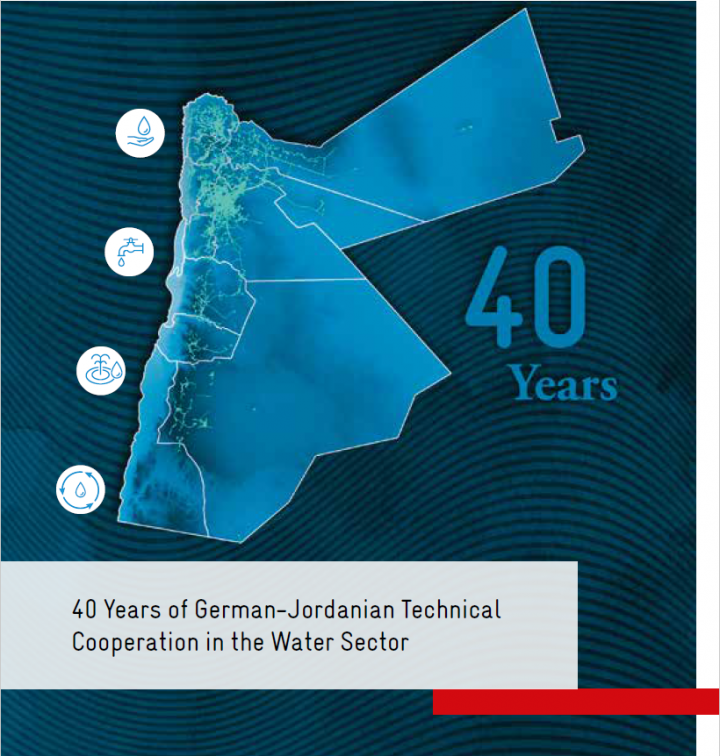 In early 1967, the Hashemite Kingdom of Jordan was among the first Arab states to re-establish diplomatic relations with the Federal Republic of Germany, leading to the development of an ever since continuing development cooperation programme. In consequence, GTZ/GIZ has been supporting the Jordanian water sector in tackling its many challenges for over 40 years: Between 1975 and 2016, a total of 30 projects were commissioned with an overall budget of more than 110 million Euros. The longevity and volume of this water portfolio give rise to questions regarding the development of the cooperation itself: What were the thematic key areas, and how did they evolve over time? What impacts were achieved, and could these be sustained until today? What are the lessons learnt?

In this report, we strive to present answers to these questions. Instead of attempting to provide an in-detail evaluation, however, our team of sector experts (consultants) interpret the developments from their personal perspectives. To this end, they analysed hundreds of documents provided not only by GTZ/GIZ but also by the KfW Development Bank, the German Federal Institute for Geosciences and Natural Resources (BGR), as well as the Jordanian Ministry of Water and Irrigation, the Water Authority of Jordan and further local institutions, and conducted interviews with more than 70 representatives of the Jordanian water sector and international experts in late 2016 and early 2017. Based on the results, the authors illustrate the progress and outcomes of German-Jordanian technical cooperation in the water sector in five thematic key areas.