Ministry of Planning and International Cooperation in Jordan (2017) 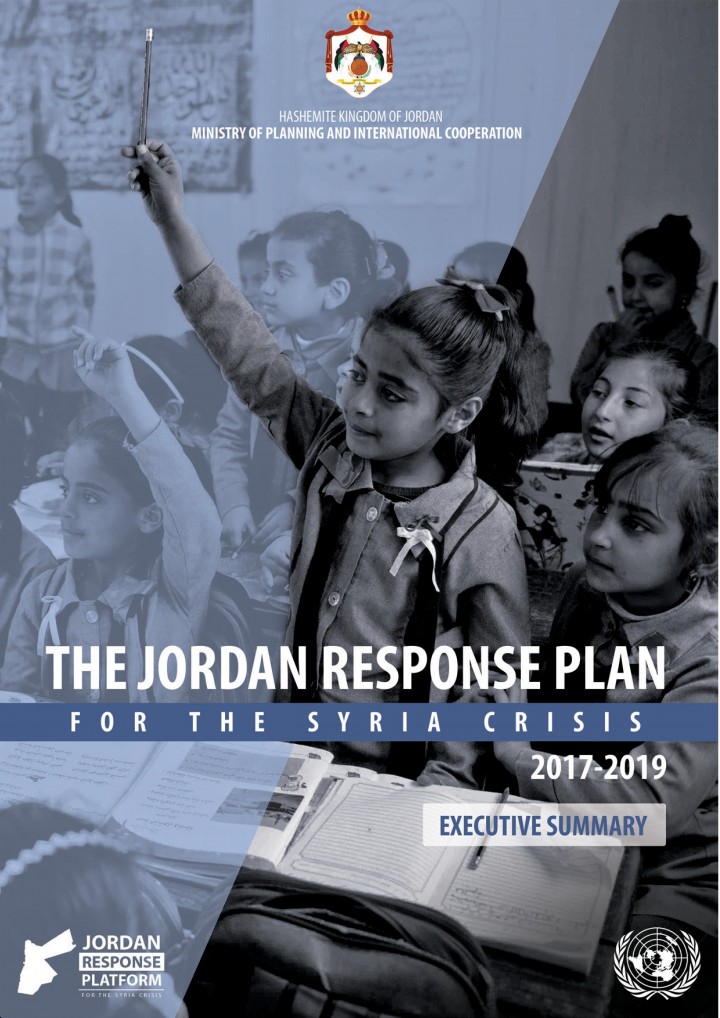 Author:
Ministry of Planning and International Cooperation in Jordan

With the Syria crisis entering its seventh year in 2017, Jordan is hosting some 1.266 million Syrians, of which 655,833 are registered as refugees. Providing for their needs, without jeopardizing Jordanian people, institutions and systems’ development gains and opportunities, has impacted heavily on Jordan’s finances, increasing government expenditures on subsidies, public services and security, while further compounding the negative economic consequences of regional instability.

Since 2013, the Government of Jordan has taken a proactive role in seeking to respond to the impact of the Syria crisis within a resilience framework, by preparing the National Resilience Plan (NRP) 2014, which focused mainly on host communities. As of September 2014, the Jordan Response Platform for the Syria Crisis (JRPSC) was established to coordinate, guide and provide oversight to the preparation, implementation and monitoring of the JRP 2015 and the JRP 2016, which represented a paradigm shift by bridging the divide between short-term refugee and longer-term developmental response within a resilience-based comprehensive framework. According to some researchers, the JRP is the most sophisticated response to the Syrian refugee crisis among all the major neighboring host countries.

The JRP 2017–19 is a three-year plan that seeks to address the needs and vulnerabilities of Syrian refugees and Jordanian people, communities and institutions affected by the crisis. It incorporates refugee and resilience responses into one comprehensive vulnerability assessment and one single plan for each sector, thereby placing the resilience of the people in need and of the national systems at the core of the response. The JRP2017-19 fully integrates the most recent policy decisions taken by the Government of Jordan on livelihood and education issues, thereby becoming the only comprehensive Plan for the Syria crisis in Jordan.