The development of an onsite sanitation system based on vermifiltration: the `tiger toilet' 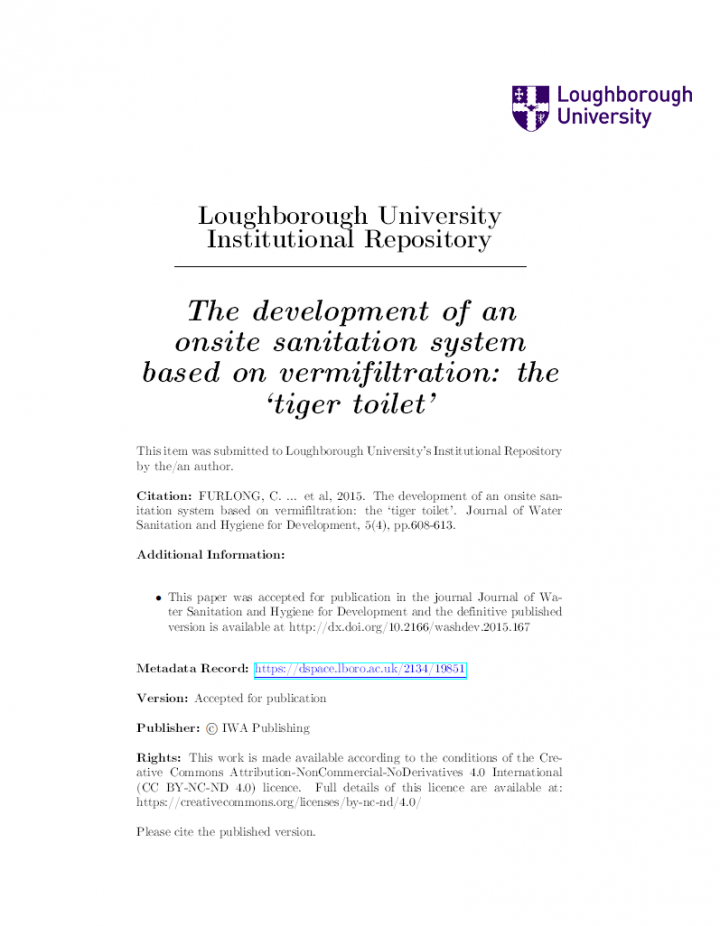 This paper describes the development of a novel onsite sanitation system based on vermifiltration, the Tiger Toilet. Initial laboratory experiments demonstrated that feed distribution was not required, a worm density of 2 kg/m2 could be used, worms preferred wetter environments, and system configuration did not affect effluent quality. Installing the first prototype in the UK proved that the process functioned when scaled, i.e. COD and thermotolerant coliform reduction were found to be comparable with the laboratory results. Ten prototypes were then tested by households in rural India; all were working well after six months. The vermifilters were processing the amount of faeces entering the system on a daily basis, so faeces was not accumulating. It was estimated that they would require emptying after approximately five years, based on the depth of the vermicompost generated. With further development it is believed that the Tiger Toilet has the potential to become a superior form of onsite sanitation, when compared with traditional onsite sanitation technologies.