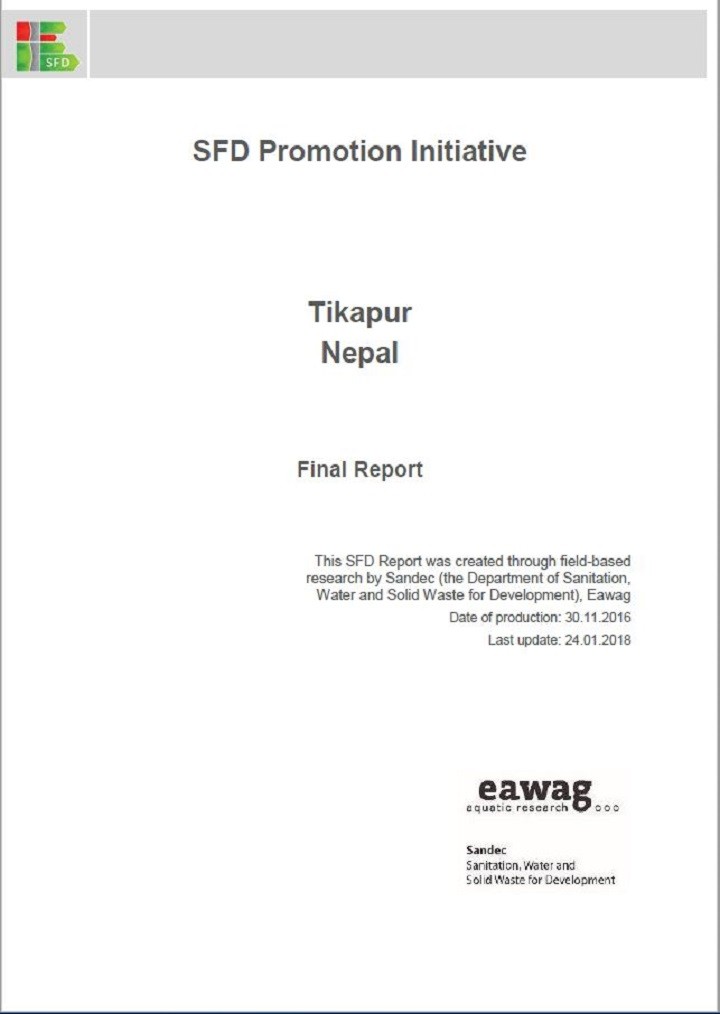 Tikapur is a municipality of over 60,000 inhabitants (56,136, 2011 census), located on the right bank of the Karnali river in the Terai district of Kailali, far western region. It is a “new town” and was founded about 50 years ago and is composed of four main different socio-economic settings. There is a well-planned core-urban area in Ward 9, which is based on a master plan prepared in 1972, which allocated land for future infrastructure like roads, drinking, storm and waste water, health, education or electricity. In the eastern part of Ward 9 and 8, ex-bounded labourers from Tikapur have been allocated land and now form a dense settlement with access to the road network and electricity. Around this area, there are also illegal settlements of displaced people that have built their homes on municipal and land. They have no access to electricity nor proper sanitation and are in the process of negotiating their relocation.
In Tikapur, 98% of the residents are using on-site sanitation technologies, which are either pit latrines, septic tanks or biogas digesters. 2% of the population is still practicing open defecation. Tikapur does not have a sewer system.

The SFD was developed as part of the CSP of Tikapur. This process was done in collaboration and with the support of local stakeholders and experts in the field of urban sanitation in Tikapur. A draft SFD was produced and shared with relevant stakeholders at different workshops and meetings during 2016.