Reframing undernutrition: faecally-transmitted Infections and the 5 As 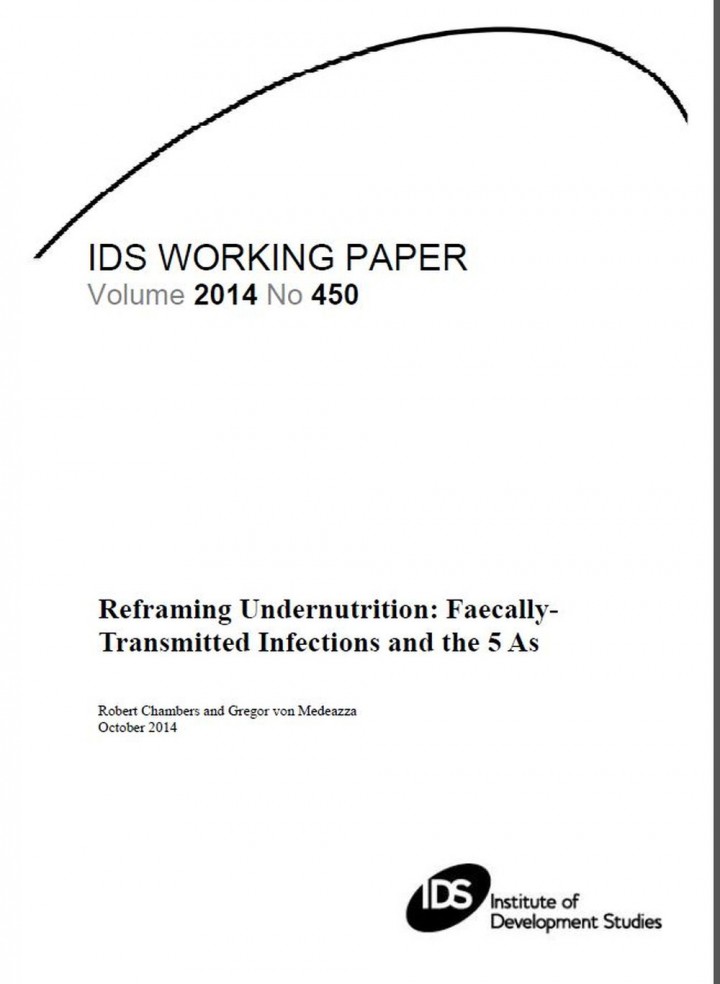 The dominant nutrition discourse concerns access to adequate food and its quality. It now includes food security, food rights and justice, governance and agriculture. Despite many initiatives to assure food access, and growing economies, high levels of undernutrition persist in much of Asia. It is increasingly suggested that much of this ‘Asian enigma’ can now be explained by open defecation (OD) combined with population density. However, the insight that ‘shit stunts’ remains a widespread blind spot. The persistence of this blind spot can in part be explained by factors which are institutional, psychological and professional. Reductionist focus on the diarrhoeas, which are serious, dramatic, visible and measurable, has led to the relative neglect of many other often subclinical and continuously debilitating faecally-transmitted infections (FTIs) including environmental enteropathy (EE), other intestinal infections, and parasites. These are harder to measure but together affect nutrition much more: the diarrhoeas are only the tip of the much larger sub-clinical iceberg. How OD and FTIs, poverty and undernutrition reinforce each other is illustrated in this paper by looking at the case of India, which has about 60 per cent of the OD in the world, around a third of the undernourished children, and approximately a third of the people living in poverty. Through OD, FTIs and in other ways, lack of sanitation leads to losses, which may be estimated, in the range of 1 to 7 per cent of GDP in various countries.

The concepts of FTIs and the 5 As reframe more inclusively how undernutrition is perceived, described and analysed. Our hope is that this reframing will contribute however modestly to a cleaner, healthier and happier world in which all children and adults are well-nourished and can grow and live to their full potential.