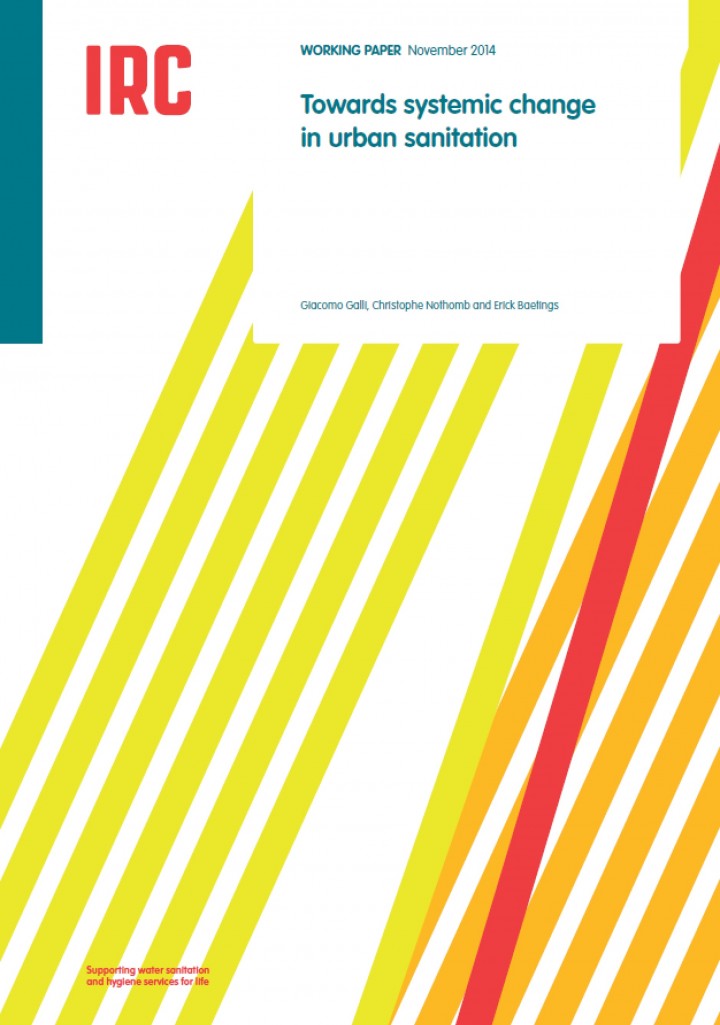 Change is imperative in the urban sanitation sector. Current models have not been delivering the services they are supposed to deliver and at the scale that is urgently required. Sanitation services that revolve mainly around networked systems (such as reticulated sewerage) (Trémolet and Binder, 2013) serve only a small and more affluent sector of society in bigger towns and cities in low- and middle-income countries. Serviced on-site systems, used by most of the people in urban settings (such as pit toilets, septic tanks, composting systems or holding tanks) are either not properly serviced or the effluent is mostly left untreated and disposed of into the environment (UNEP, et al., 2010; Baum, et al., 2013). Toilet facilities are insufficient in most cities, especially in the poor and densely-populated areas (UN-HABITAT, 2010). Where rudimentary sanitation systems exist, effluent is discharged directly into open drains (The World Bank and AusAid, 2013; WSP, 2014). Faecal sludge that is collected from on-site systems is often dumped, or sold directly to farmers without any treatment whatsoever (Verhagen, et al., 2012). Stormwater drains, which are filled with human and solid waste, stop functioning properly, and frequently contribute to flooding and contamination. To solve these problems is complex as they are not singular technical problems. A solution that considers its complex interconnected social, financial, environmental and institutional nature is therefore required.