To assist local governments and low-income urban communities to plan, implement and maintain community sanitation systems of their choice

WWTP in Yogyakarta city is one of the 2287 operating DEWATS constructed with the support of BORDA and its partners in Indonesia.
Millions of Indonesian urban residents discharge human excrement and household wastewater either directly into the aquatic environment or indirectly into the groundwater via sedimentation tanks and percolation pits. As a result, river water in or near urban areas contains a high proportion of organic pollutants while the groundwater in almost all cities including Yogyakarta city is contaminated by E.coli bacteria. In Yogyakarta city, at least 10% of community members used river to defecate, whereas river served as a primary source of drinking water for the city residents. In-house toilets of others were usually not completed by septic tanks harming thereby environment and polluting underground water.

To tackle the sanitation problems in the cities, the Community Based Sanitation (CBS) approach was developed by BORDA and its partner network. Initiated by the National Development Agency (BAPPENAS), the inter-ministerial Water and Environmental Working Group (Kelompok Kerja Air Minum dan Penyahatan, AMPL), the ‘Water and Sanitation Program’ of the World Bank and BORDA, the approach became part of the national sanitation development program ‘SANIMAS’ (Sanitation by Communities) and has been disseminated nationwide, also with the support of BORDA.

The WWTP – communal system in Yogyakarta is designed to treat 24 m³ of domestic wastewater per day. The treated effluent is discharged into a river/water body. The treatment plant is operated and maintained by the Community Based Organization (CBO) Ngudi Waras. The effluent quality refers to Environment Ministry regulations for standard effluent of domestic waste (N 112, 2003: pH 6-9, BOD 100mg/l, TSS 100). Monitoring of effluent quality is conducted periodically by DEWATS team or government institutions. 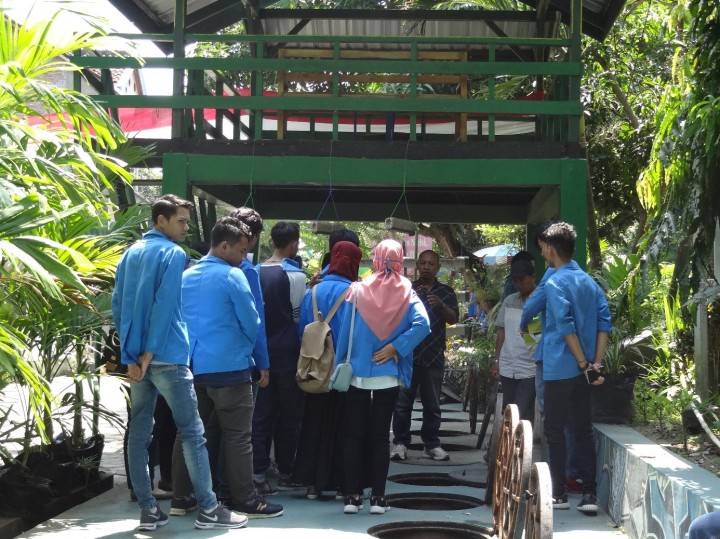 Prawisti Ekasanti
Login to see the e-mail-adress of the contact person.

BORDA e.V. (Bremen Overseas Research & Development Association) is a German non-governmental organisation, headquartered in Bremen with a network of local partner organisations in more than 20 countries worldwide. Since founded in 1977, BORDA is active in the fields of poverty alleviation, sustainable protection of natural resources and the develops, implements and disseminates decentralised sustainable technologies and social measures for water, wastewater, energy and waste. Currently BORDA is focusing on decentralized sanitation solutions for the poor in peri-urban and urban areas in Africa, Asia and Latin America. To increase access to improved sanitation, BORDA provides demand oriented service packages including decentralised wastewater management solutions (DEWATS) and decentralised solid waste management (DESWAM). BORDA has regional offices in Tanzania, India, Jordan, Indonesia and Mexico. BORDA is mainly supported by the Federal German Ministry for Economic Cooperation & Development (BMZ) and the Hanseatic City of Bremen.