Phase 1:
To support the Municipal Administration & Urban Development (MA&UD), Government of Andhra Pradesh in planning for decentralised sanitation management support in selected towns alongside the Godavari river through a Technical Assistance (TA). This investment will also provide technical assistance to the Chief Minister of Andhra Pradesh, in his role as convener of the Sub-Group of Chief Ministers on the Swachh Bharat Mission at the National Institution of Transforming India (NITI) Aayog, a plan coordination and management division constituted by the national government.

Phase 2:
To provide sanitation improvements with focus on Faecal Sludge Management (FSM) for Urban population in Andhra Pradesh, with increased access to safe sanitation for underserved population, and a reduction in untreated fecal matter in the environment. The project aims primarily to build institutional capacities of ULBs/cities across Andhra Pradesh to be able to deliver effective sanitation services, focusing on FSM and coverage of non-sewered solutions. It aims to build and promote a robust urban sanitation policy and regulatory framework for FSSM within which these ULBs can operate. It aims to create a set of guidelines and tools that can readily be used by the ULBs to come to the right technical and managerial decisions, as well as to set up systems and processes for streamlined operations in urban sanitation. It also aims to train urban sanitation stakeholders, from masons to municipal officials, in using these guidelines, systems and processes.

Goals: To improve the lives of the population in selected towns by proposing decentralized sanitation technologies and solutions in these towns to create demonstration sanitation in river basin towns, using innovative private sector engagement and financing models for scaling up in other towns in the state of Andhra Pradesh, and by other states in their river basin towns

Objectives: to check and control the untreated fecal waste going into the river water from the selected towns.

Interventions focused across the FSM value chain focused on equitable and inclusive access to sanitation
• Regulations – State policy and operative guidelines on FSSM issued in March 2017 (GO 134).
• Access - Construction of new household toilets, Public and Community toilets
• Containment – Conversion of insanitary toilets to sanitary toilets, design improvement of containment systems
• Transport – Empaneled desludging operators in three towns and monitoring their operations through ICT tools developed such as FSM tracker, GPS based vehicle movement tracking and usage of PPE during desludging operations. Holding consultations with relevant stakeholders to implement scheduled desludging.
• Treatment – Operationalized 15 KLD FSTP based on thermal process (pyrolysis) at one of the pilot towns (Narsapur) and was inaugurated on 5th January 2018. The initiative being scaled up to 76 other towns through a unique PPP Hybrid annuity model.
• Institutional strengthening and capacity building: Capacity enhancement Needs Assessment has been conducted and a joint agenda for training has been developed. ULB officials and elected representatives are being sensitized on FSM through trainings, workshops, exposure visits. Asst. Engineer (Environmental) in each town has been nominated as Nodal Officer for coordinating and monitoring FSM related activities. Sanitation workers, Community Organizers and women self-help Groups (SHGS) are also being capacitated through initiatives focused on safety, well-being and livelihoods. Similar exercise has been conducted at the state level functionaries and trainings are being conducted on Non-Sewer Sanitation. State government established a FSM unit at the State level to drive the agenda.
• Behavioral Change Communication (BCC): BCC campaign/IEC launched for bringing awareness among citizens on demand generation and usage of new toilets, Reduction in Open Defecation, demand creation on conversion of Insanitary to Sanitary Toilets and generation of applications for construction of containment systems and Personal Hygiene, etc.
• Monitoring and evaluation: Monitoring of interventions implemented through PTM app to monitor functioning of PTs, FSM and GPS trackers to monitor desludging operations by FSM operators. State level Rapid Impact Assessment on IEC activities among citizens has been conducted.
• Community Engagement: Reconstituted City Sanitation Task Force (CSTF), a multi-stakeholder platform to drive and sustain sanitation interventions. A gender sub-committee with women representation to ensure equitable access to sanitation and women empowerment. A Gender Resource Centre (GRC) has been established in Narsapur and Kovvur to ensure gender mainstreaming in sanitation supported by Gender Forums at slum level. With help of MEMPA women SHGs have been actively involved in sanitation activities and also School Children, youth clubs, local NGOs, Bulk Generators, RWAs and ULB sanitation staff were involved.

V. Srinivas Chary
Login to see the e-mail-adress of the contact person. 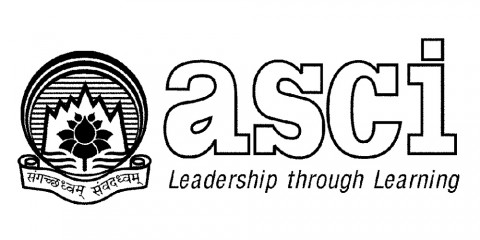