State of the World’s Sanitation - An urgent call to transform sanitation for better health, environments, economies and societies 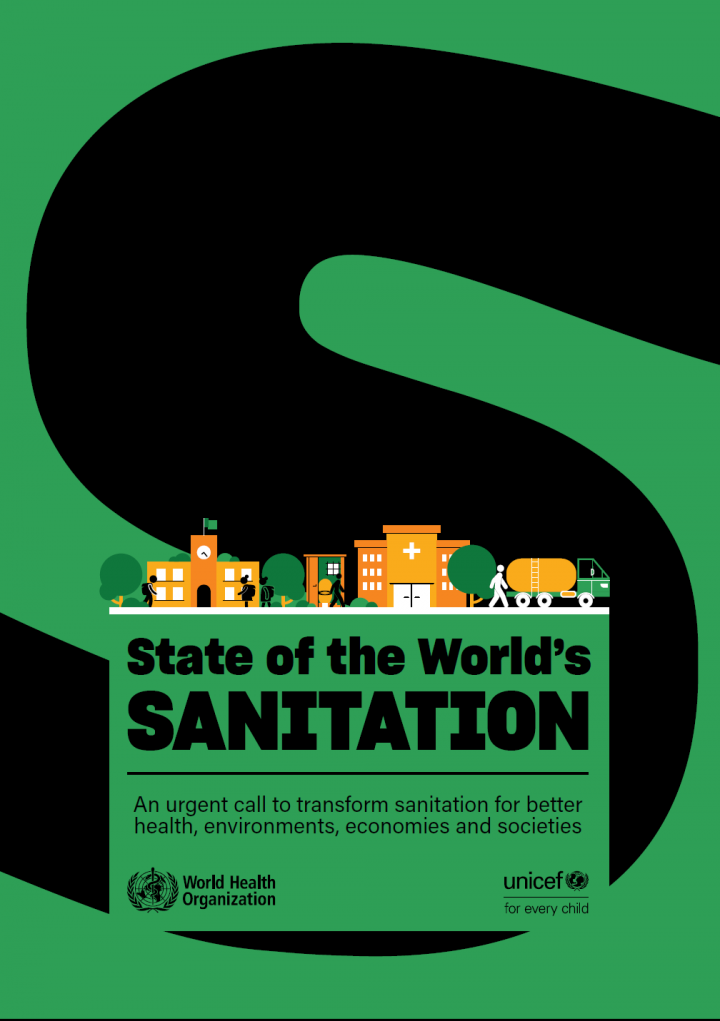 The world is alarmingly off-track to deliver sanitation for all by 2030. Despite progress, over half of the world’s population, 4.2 billion people, use sanitation services that leave human waste untreated, threatening human and environmental health. An estimated 673 million people have no toilets at all and practise open defecation, while nearly 698 million school-age children lacked basic sanitation services at their school. The consequences of poor sanitation are devastating to public health and social and economic development.

With only 10 years left until 2030, the rate at which sanitation coverage is increasing will need to quadruple if the world is to achieve the SDG sanitation targets.

At the current rate of progress, it will be the twenty-second century before sanitation for all is a reality. Clearly this is too slow.
While the challenge is significant, history shows that rapid progress is possible. To accelerate progress, sanitation must be defined as an essential public good – one that is foundational for a healthy population and prosperous society. Many countries have made rapid progress in sanitation coverage within a generation, transforming lives, the environment and the economy. Every country that has made rapid progress has had strong political leadership, with government playing an important role in policy, planning, mobilizing investment and regulating services.

Sanitation is a human right. Everyone is entitled to sanitation services that provide privacy, ensure dignity and safety, and that are physically accessible and affordable. Sanitation is also a public good, providing benefits across society in improved health as well as economic and social development. The lack of safe sanitation leads to illness and disease that disproportionately affect children, including diarrhoea, worm infections and stunting. But poor sanitation affects everyone, and a polluted environment impacts the entire community, whether or not an individual household has a sanitation facility. In addition to hard-to-quantify effects on dignity, safety and gender equality, there are significant financial costs related to lack of sanitation, including increased health care costs, lost income, forgone educational opportunities and costs resulting from pollution. Poor sanitation disproportionately affects the most vulnerable and disadvantaged, particularly women and people living with disabilities. Sanitation workers, often stigmatized and marginalized, face unacceptable health risks and indignities in an unhealthy and unregulated environment.

Achieving universal access to safe sanitation will be expensive, but inaction brings greater costs. Investments in sanitation – particularly safely managed sanitation services – generate positive externalities across society. The economic benefits of sanitation have been estimated at about five times the cost – a cost-benefit ratio greater than that of water supply. Strong government leadership is key to accelerating coverage of sanitation services and to ensuring that all of society reaps the benefits.

Investment in five key ‘accelerators’ – governance, financing, capacity development, data and information, and innovation – identified under the UN-Water SDG 6 Global Acceleration Framework – can be a pathway towards achieving universal and safe sanitation for all.

UNICEF, WHO (2020). State of the World’s Sanitation - An urgent call to transform sanitation for better health, environments, economies and societies. United Nations Children’s Fund (UNICEF) and the World Health Organization