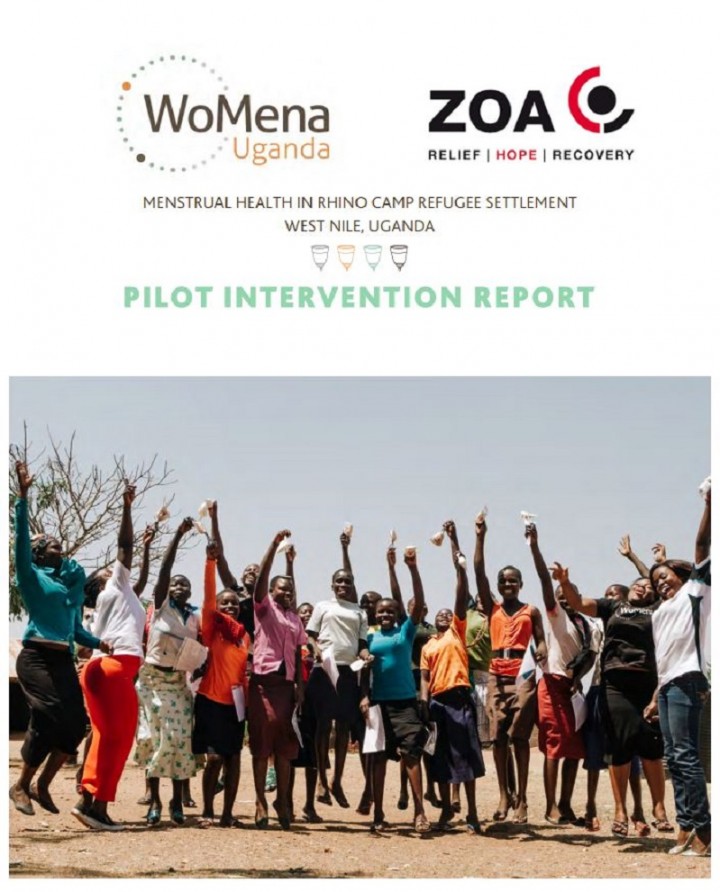 A Menstrual Health pilot project by WoMena and ZOA implemented among South Sudanese refugees and host population in Rhino Camp Refugee Settlement in northern Uganda. The pilot involved 4 primary schools, including students, parents and teachers, over 6 months. 4 different distribution models were applied among the participants; one school got MCs only, one school got reusable pads only, one school could choose one of the two products, and one school got both products. Of those who could choose, 67% choose a MC, while 37% choose reusable pads. Despite initial concerns, product uptake among intervention participants was high, 61% for menstrual cups and 100% for reusable pads, based on reported use during the last menstrual cycle. Participants reported high levels of satisfaction, with MCs scoring slightly higher. Respondents who either chose their product or got both were more satisfied with both reusable pads and menstrual cups, than those who only got one. Girls who had both products used them interchangeably, to for example adjust to different levels of flow or availability of WASH facilities. Girls reported they knew and understood product guidelines, but were at times unable to follow instructions, e.g. if they had no access to soap, water, underwear and basins. At endline, participants expressed gratitude and a wish for the pilot to be expanded and include more girls and women. Many of the participants’ friends were also interested in the products, especially the MC. Conclusion and recommendation: Optimally, participants should preferably be given a variety of MHM products, for them to use products interchangeably according to needs, which allows girls and women to adapt to the contextual challenges within the refugee settlement context for a more comfortable period. Alternatively, in order to make a more cost effective intervention, girls and women can be given the choice of one of the two products, after receiving information about both. These findings targets the general lack of M&E data for MHM implementation in refugee settings.